Spring Break Road Trip: In Search of the Comanche 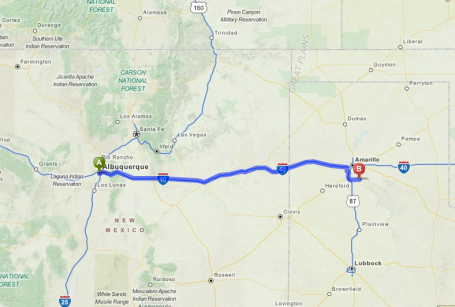 In just over a week, I will embark on a journey to the edge of the Midwest with my teenaged daughter… because nothing spells Spring Break adventure like a road trip through the Texas panhandle, Oklahoma, and Nebraska. Woo! The true reward & destination of this trip is our amazing grandmother/great-grandmother, Jessie, whom we haven’t seen in more than 5 years.  I’m not supposed to talk about her age (rhymes with shmindey-hive), but I will tell you that she’s my personal golden-years role model, as well as that of everyone who knows her.  Jessie is active with friends and her church group, she sews, gardens, and never complains. She is grateful for her good health, hearing & sight, is always looking forward to something, and loves to sit in her sun-room watching the birds. Can’t wait to see her.

As long as we’re headed to Nebraska, I thought we’d take a short detour to Palo Duro Canyon, not far from Amarillo, Texas.  I’ve never had any desire to visit Texas, so I needed some kind of incentive. You see, New Mexico and Texas have shared a *friendly rivalry* for many hundreds of years comprised mostly of New Mexicans fighting off Texan invaders & raiders for… well, ever. The invasion continues in the present day, manifested as Texans buying up New Mexico property (Santa Fe & Taos are a favorite), swarming our ski slopes, careening the highways in their big cars, etc. In fact, our current Republican governor, Susanna Martinez, a Texas native whose election two years ago was financed in large part by big Texas money, is to my mind another landmark in the long and sordid history of our states: Texas finally bought New Mexico. But, I digress. 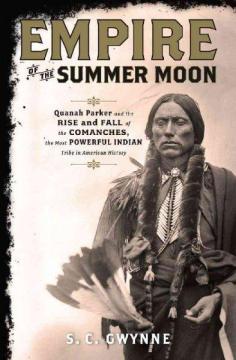 Why Palo Duro Canyon? One of the best books I read last year was Empire of the Summer Moon (S C Gwynne, 2010), a historical novel that brilliantly weaves the story of the Comanche with the story of Cynthia Ann Parker, a white settler who was abducted by the tribe at the age of nine and became a full-fledged member, wife, mother. The book describes how Palo Duro Canyon (which I’d never even heard of before, despite the fact that it’s a mere five-hour drive from Albuquerque), is not only the second-largest canyon in the US after the Grand Canyon, but it was also the heart of the heart of Comancheria, the 240,000 square mile territory (spanning large areas of present-day Colorado, New Mexico, Kansas, Oklahoma and Texas) that was controlled by the Comanche until the mid-19th century. It was a natural fortress and sacred site to the Comanche that remained impenetrable to the Spanish, French, Mexican, and American invaders until the very end of their freedom. It was to the Comanche what Canyon de Chelly was/is to the Navajo: the sanctum sanctorum, a safe haven they never imagined could be breached.

Lucky for you, I plan to take a laptop and do a little blogging along the way, so you too can visit a small part of Comancheria. While I’m certain that the flatlands and tiny towns through which we’ll be driving will provide immeasurable visual and cultural interest of their own, I thought I’d spice it up just a little by incorporating short excerpts from Empire of the Summer Moon (2011 Pulitzer Prize finalist). I don’t know about you, but the education I received in school on Native American history was sorely lacking:  superficial, broad, whiteman-centric. And that was in New Mexico, with our 19 pueblos plus the Navajo, Apache, and nearby Hopi. I look forward to adding this trip to the growing list of books and documentaries that have helped inform me about the anthropology, art, history, and cultural practices of the hundreds of thousands of Natives who occupied this country for thousands of years before European contact.

15 thoughts on “Spring Break Road Trip: In Search of the Comanche”