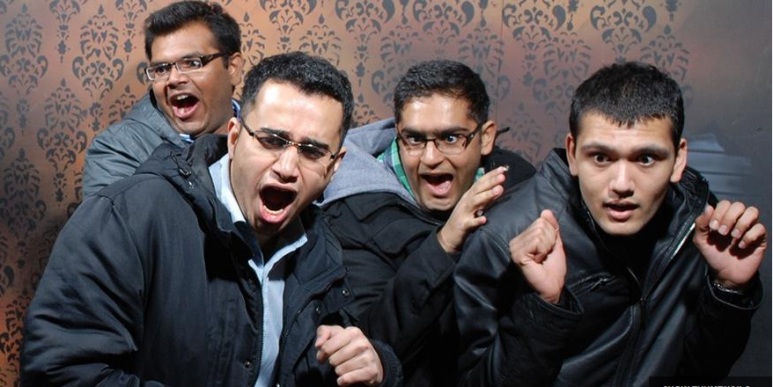 Late October! Season of my mother’s birth, turning leaves, celebrations of the dead, and unmitigated terror in the form of teenagers arriving at your door on Halloween with their pillowcases and demands for candy and iPads long after the lights have been turned off (which, at my house on Halloween, is forever). And, of course, my traditional Halloween post.

This year’s post reflects a departure from my customary showcase of amazing Ray Villafane pumpkin sculptures and my own seasonal excesses, namely buying and collecting the seeds from approximately 23 pumpkins, then pillaging friends’ and neighbors’ pumpkins, then roasting the glorious mound according to this recipe and eating them all without sharing.  There, I said it.

Recently, I came across some hilarious and beautiful pictures relating to the seasonal celebrations that I thought I would share instead.

First: maybe I’m just easily entertained, but these photos–my favorites from a collection of thrill-seekers who dared to venture into one of the most frightening haunted houses ever–had me laughing all week. They were taken with still cameras set up in several locations at the Nightmares Fear Factory (Niagara Falls, Canada).  Lucky visitors go on a 15-minute walk through the pitch-dark attraction which is said to be so frightening that you can scream the word “nightmares” if you want to be escorted out. You’ll be added to the “chicken list” but you’ll be joining over 120,000 people so you’ll be in good company.

According to the Fear Factory’s website, the original attraction opened in the late 1970s and was moved in 1994 to the current location… the former home of the Cataract Coffin Factory. Read about the factory legend here.  (All images courtesy nightmaresfearfactory.com). Now, for some fearful fun… 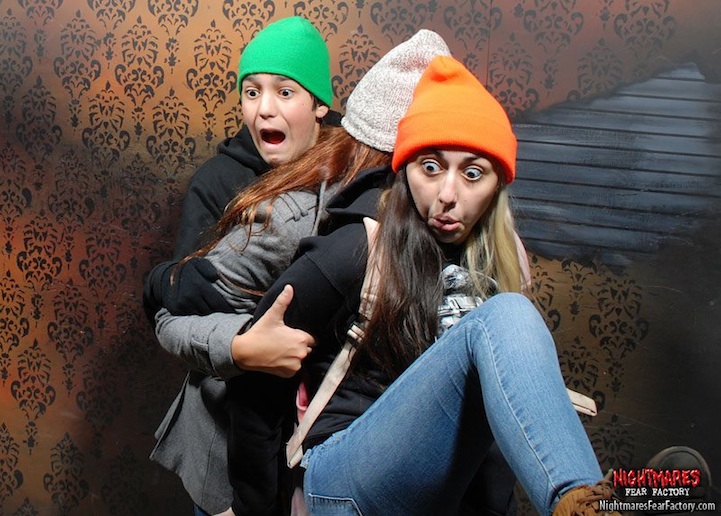 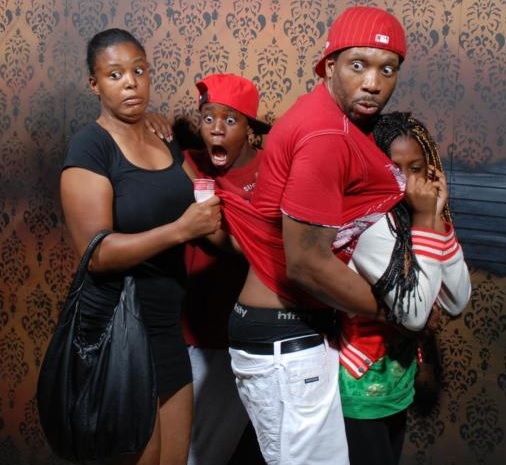 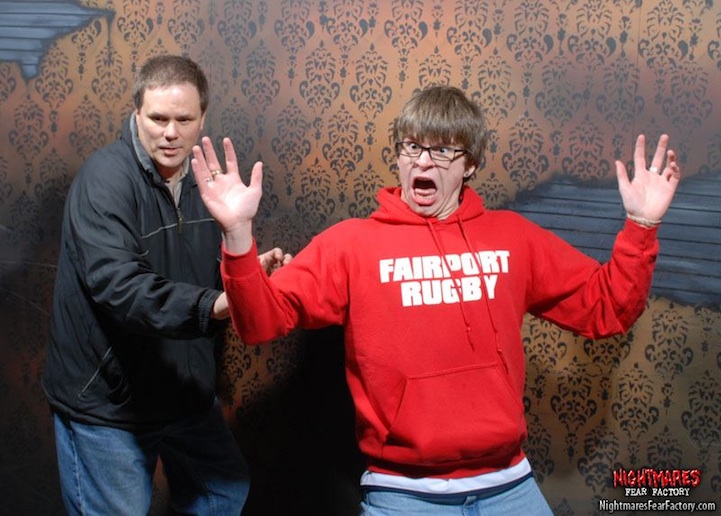 And second, who needs costumes when you’ve got gorgeous faces like this?! Enjoy, and happy spook season! (Click to enlarge. All images via mymodernmet.com) 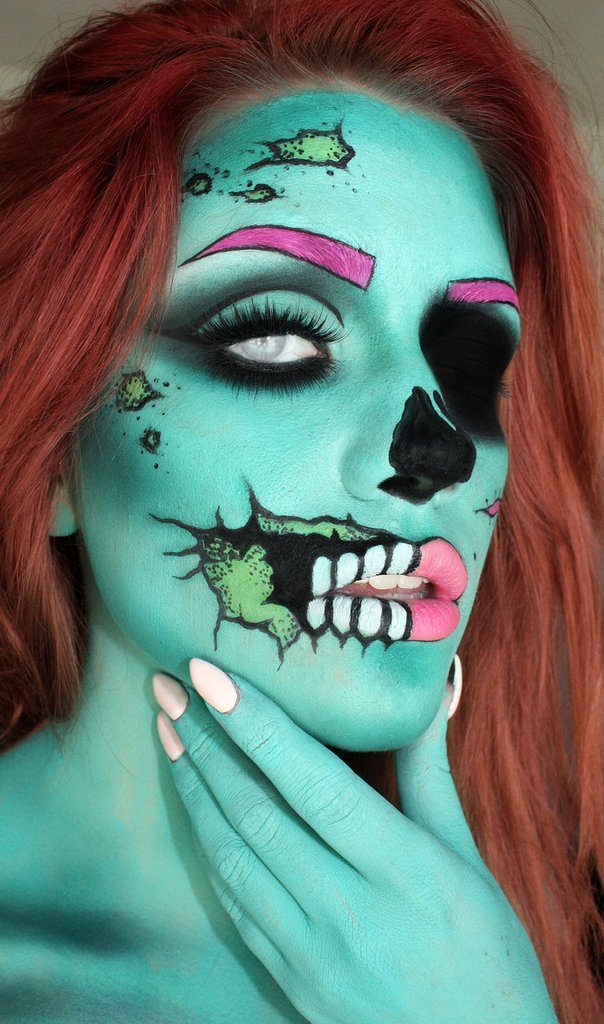 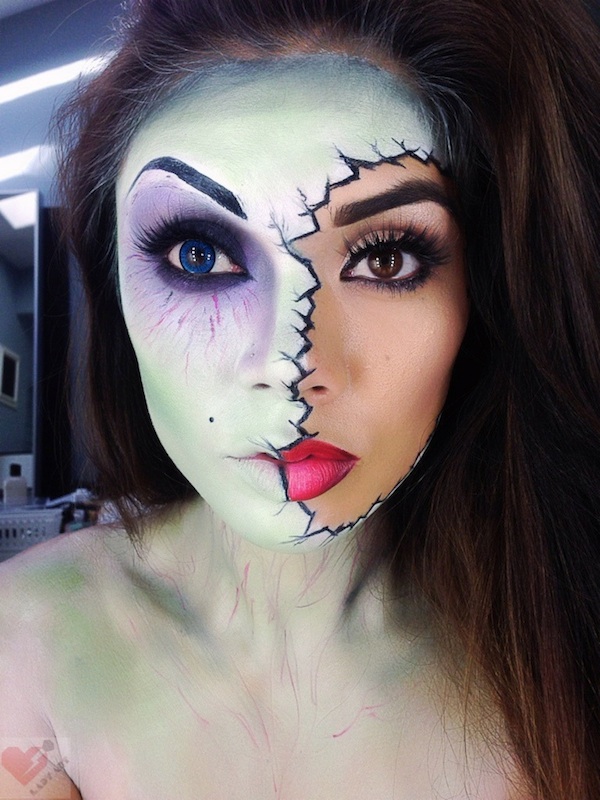 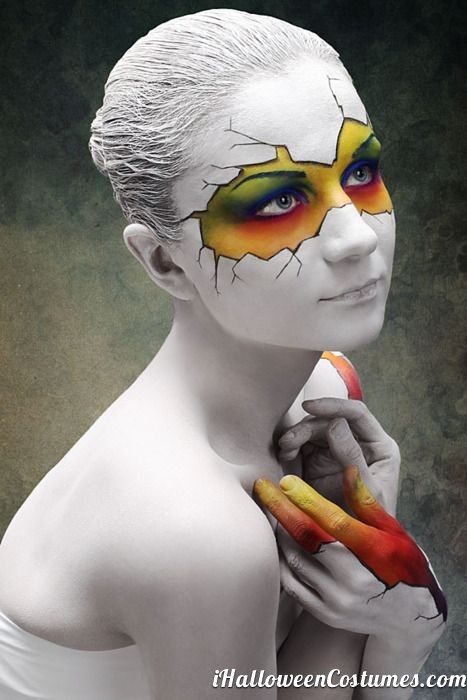 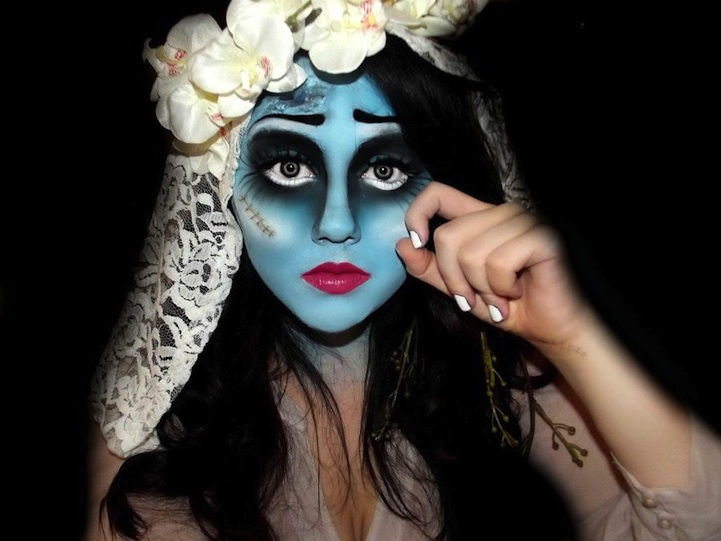