“Clean your room or you’ll get vermin!” 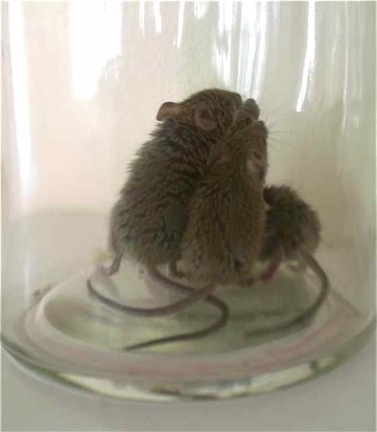 That was the motivational statement I used for many years to try to scare my daughter into cleaning her room. The Swamp, as I called it, harbored everything from rocks to dead beetles to bits of broken toys, all of which would randomly surface and sink back into obscurity, and all of which she insisted on keeping because it might one day fulfill a vital role in some project or other. I understood her need to surround herself with materials to feed her imagination, and I must admit I’m prone to the same tendencies. But this was out of control. At least my junk is organized and in the studio and does not include decaying things (although discovering the dead robin I’d saved in the freezer for… some use or another… somewhat legitimized Isabella’s claim that my habit is “worse”).

I allowed The Swamp to persist mostly because a) I didn’t have the physical or mental energy to deal with it, and b) she really would come up with the most inventive uses for junk. Isabella dismissed my warnings of impending vermin as empty threats, perhaps not even understanding. Until she saw a mouse run across her floor. And then another. Thus began our saga, an 8-month bout of Field Mice, from which we only very recently emerged as the true victors.

The cleaning started immediately. In order to trap the mice, we had to figure out where, exactly, they were hiding. We went through her room meticulously, first with a rake and many garbage bags, then with broom, dustpan and disinfectant. Strangely, we found very little evidence of mice… and then we got to the closet. Clearly the epicenter. But why? What, besides cold winter weather and plenty of hiding places, had inspired the mice to move in there? 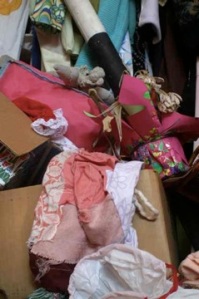 After removing layers and layers of crap, we finally hit bottom, where we discovered several thoroughly chewed corn “necklaces” (dyed blue to look like turquoise) and Halloween candy of indeterminate vintage. Ah ha! This rather permanent food source had allowed the mice to relinquish their hunting and gathering lifestyle in favor of a more leisurely existence in the cozy, warm nooks and crannies of the closet (old shoes and backpacks were a favorite).

While I cannot recount all of the sightings, mutual scares, removals, accidental deaths, midnight skirmishes, and liberation since that first day, I will mention a few of the most noteworthy in subsequent posts. For today, I’ll end by saying that Isabella’s room has been clean and organized since the first overhaul, almost nine months ago, and she’s committed to keeping it that way. Ha! Mission accomplished. Thanks, mice.

4 thoughts on ““Clean your room or you’ll get vermin!””