For everyone who is just dying to know what my new Turkish rug looks like, here’s a few pictures.  It arrived last week and fits nicely in my hallway.  I think the pictures (click to enlarge) show the raised tuft vs. flat embroidered areas; it really does feel special on the feet, contoured and woolly.  Thanks to all who have helped with this new bit of Turkish luxury in our home (you know who you are). Beautiful, no? I’ve thus far resisted the urge to wrap myself in its hand-spun textile goodness and loll by the pond like a sultan, waiting for someone to pick apricots off the tree and feed them to me, but only because it’s been so hot.

This is my last Turkey post, with one final group of pictures from two of my favorite places, Istanbul and Cappadocia.  It was hard to limit my choices to just a few, so I’ll post some of the most visually stunning places, starting with a few images of The Blue Mosque.  I’ll add a bit of descriptive/historical info, but I’m relying on my own rogue memory so it may or may not be factually sound. 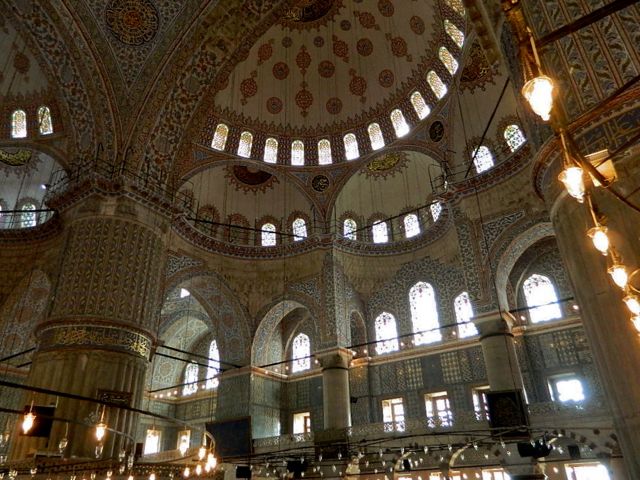 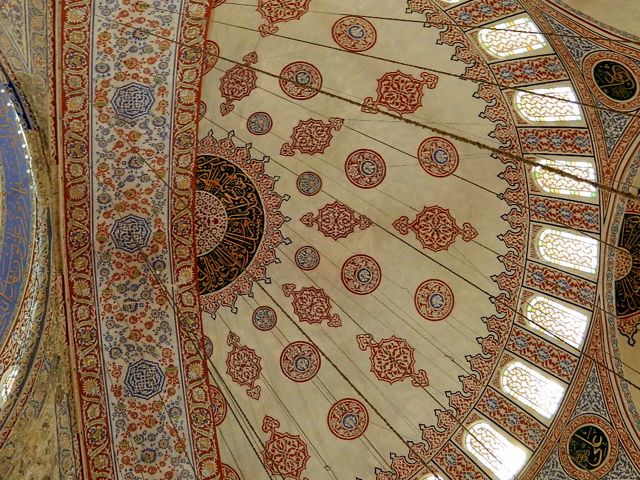 Next, is Hagia Sophia (Holy Wisdom), one of the largest domed structures in the world.  It has served many different purposes since it was originally built in 360, including Orthodox patriarchal basilica, Greek Patriarchal cathedral, Roman Catholic cathedral, and mosque.  It was secularized in 1931 and opened as a museum in 1935.  It’s built upon several natural wells, which distributes the weight evenly and has helped it survive many earthquakes over the centuries. 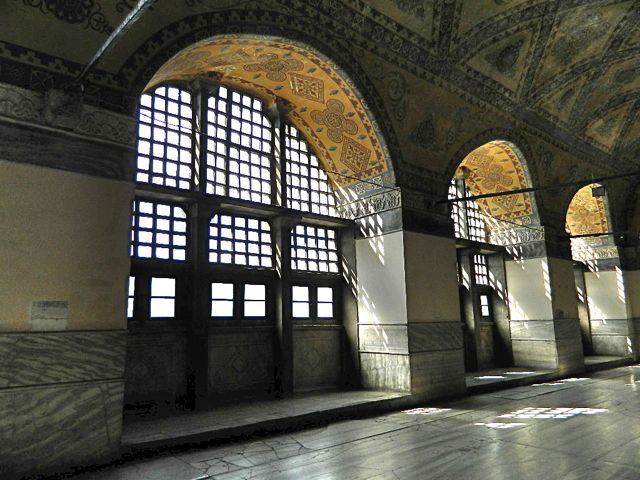 Next is Topkapi Palace which was the official and primary residence of the Ottoman Sultans for around 400 years (1465-1856) of their 624-year reign. It’s a complex of many different buildings, including three of my favorites, the Imperial Treasury, the Divan Council, and the Circumcision Room. I read about a Celadon and Porcelain collection and Miniature and Portrait Gallery, but we didn’t get to see those.

Inside the Treasury are gifts given to the Sultans over the years, many with jewels, precious stones, gems, and fine inlay. There’s also an 86 carat diamond that was originally found in an ancient trash heap and sold for a spoon. Here are a few pictures of the Divan Council and the Circumcision Room, covered wall-to-wall with hand-painted tiles. 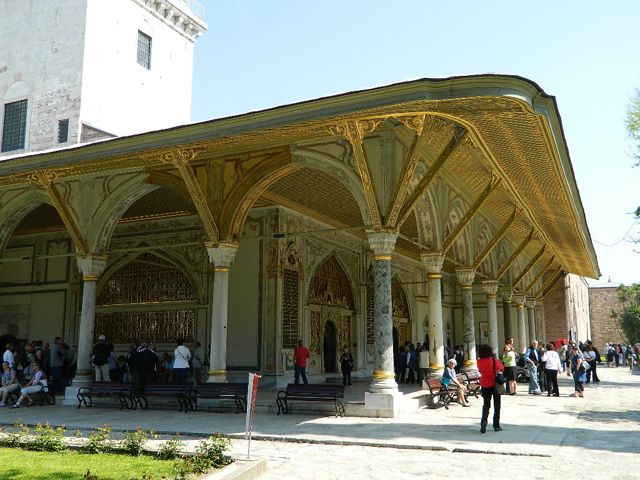 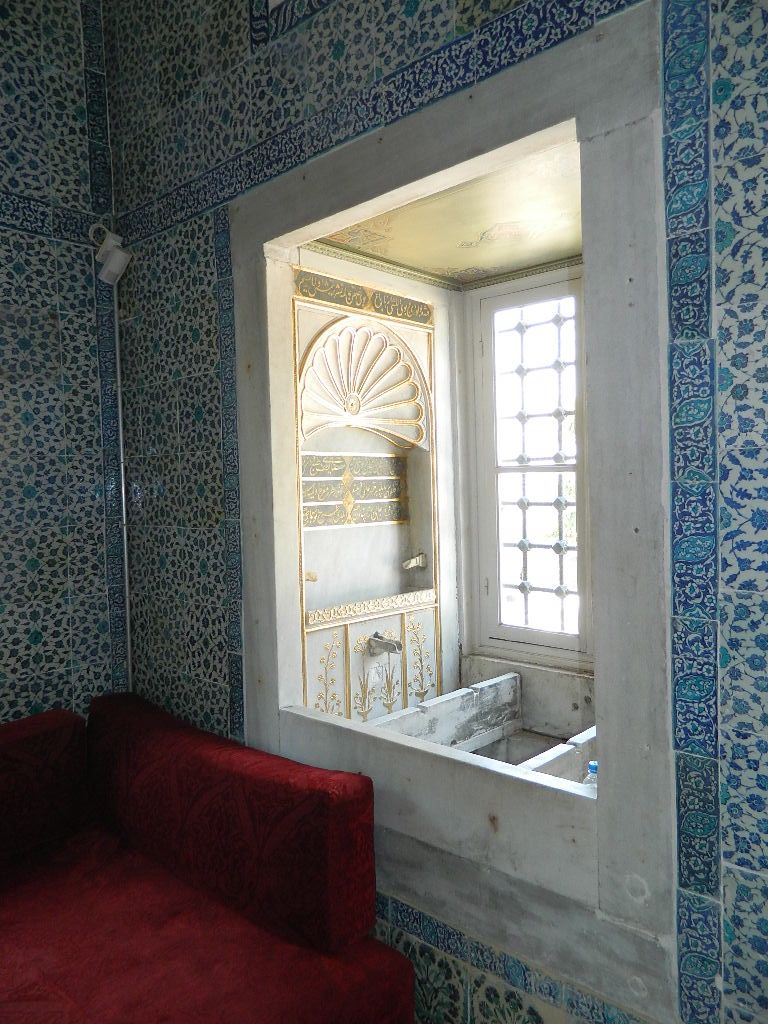 Last but not least, Cappadocia, located in eastern Anatolia near the center of Turkey, and known for its sandstone fairy chimney formations and rock dwellings. It is mentioned in writing as far back at the 6th c. BC. This area has such an interesting history–far too much to go into here, but worth reading about in the tour books.

The area is lousy with underground networks of tunnels and rooms that were carved into tufa (a type of rock consisting of consolidated volcanic ash) many centuries ago, once thought to house up to 30,000 people at a time, including early Christians hiding from persecution. The underground cities had everything an above-ground city would have: residences, cooking areas, garbage dumps, wine making facilities, water storage, etc. 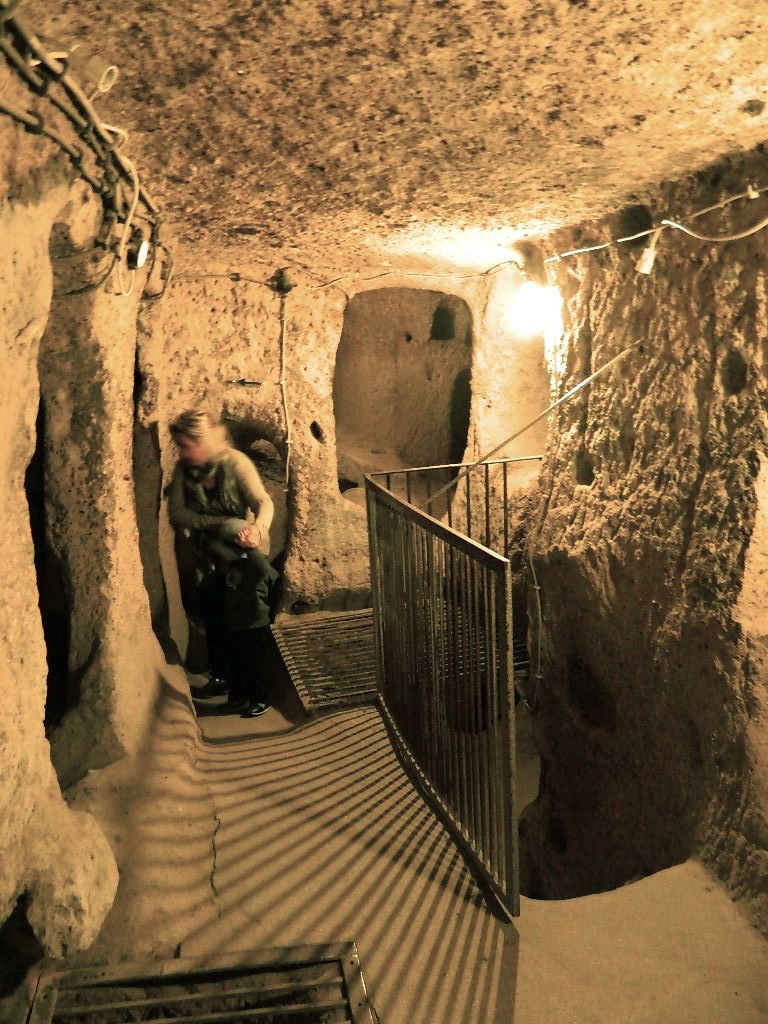 Gigantic round stones like these were used to block off entrance tunnels from invaders.  Once the stones were rolled into place from the inside, they could only be moved from the outside by breaking them.  Pretty clever.

Tufa has three amazing properties that made it particularly well-suited for dwellings.  It’s soft and malleable until it mixes with oxygen, and then it becomes strong and rigid; it absorbs 60% of carbon from fires, allowing indoor cooking; and it maintains a constant year-round temperature of around 48 deg, mas o menos. The dwelling we visited was 11 stories deep but only 8 had been excavated, and only 4 were open to the public.

Also spectacular in this region are the stone cathedrals, occupied by the Orthodox Green Christians until 1924, when the Greeks were strongly encouraged to return to their homeland, as the Turks living in Greece were, during the Greek-Turk exchange. There are thought to be more than 300 churches and monasteries in the region and only a few are currently open to tourism. 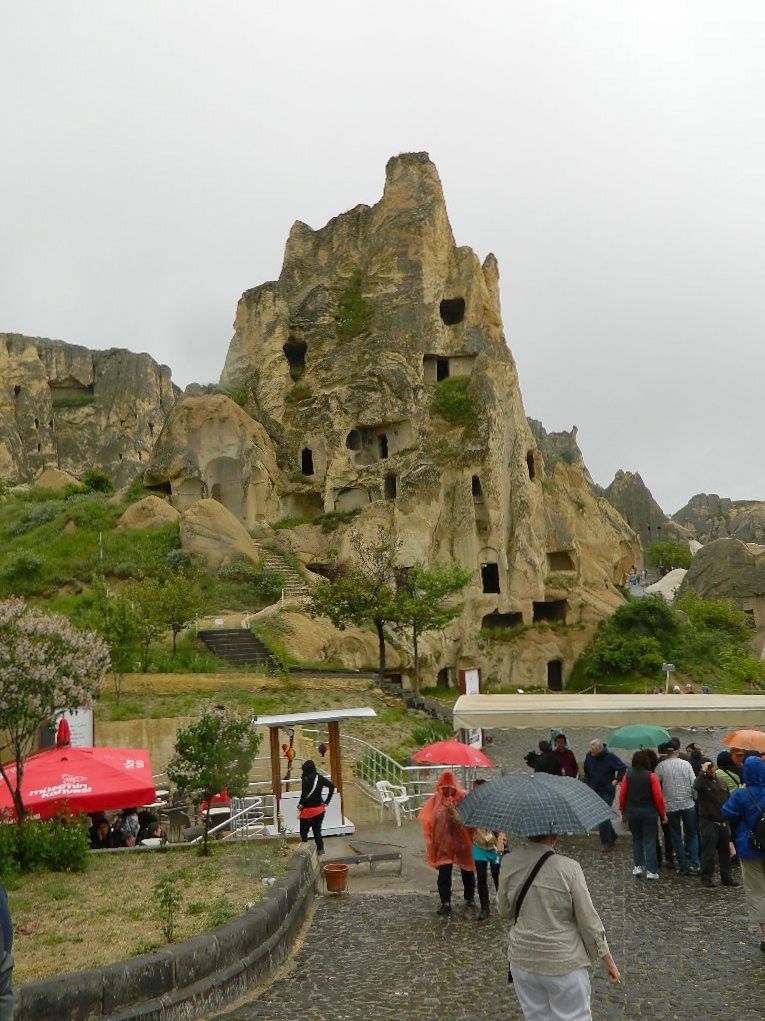 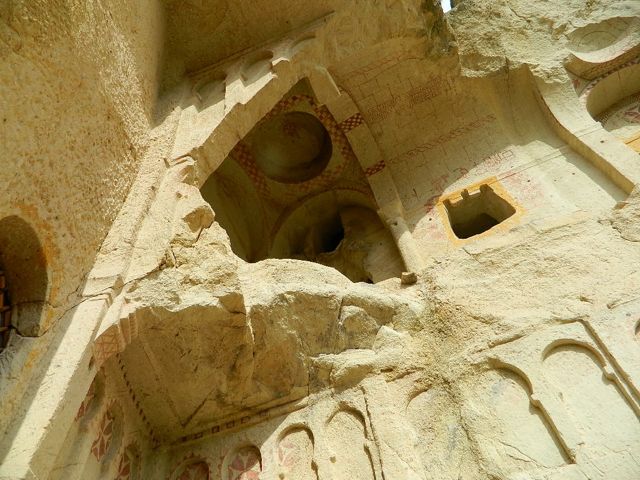 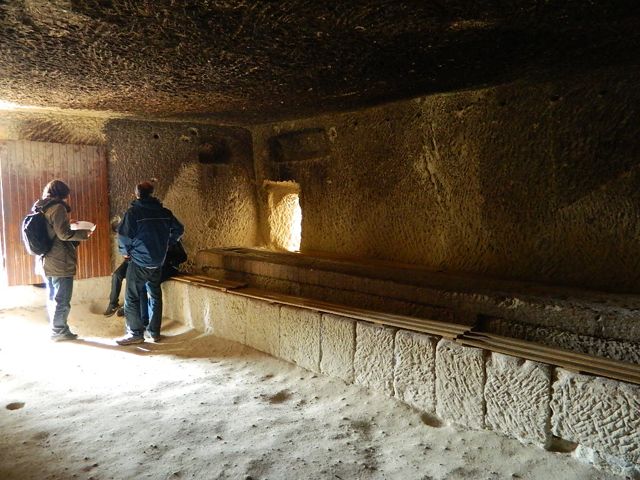 Unfortunately, the area only became a national park about 60 years ago, prior to which (1924-1950’s) anyone could go there and do anything. Consequently, many of the frescos inside have been defaced (literally, with eyes and mouths gouged out) or damaged. But still incredible to see, like so much of Turkey.

One thought on “Istanbul & Cappadoccia (plus my new Turkish rug)”